Write a story about yourself from the perspective of an object, thing, animal, or another person.

Me as seen from a friend’s clever dog, Kaiser, who has recently taken a great liking to me. Every time we go for a visit, we would sit outside, mimicking what the dog thinks at a particular moment. It’s quite funny and promises loads of entertainment, as he does so well.

Oh, my god. Oh, my god, he’s here. He’s here. Where’s my chicken, I want him to see the chicken. Where’s my chicken? If Domino’s playing with the chicken, I will be sad, for then I won’t be able to play with my new friend. Perhaps we could take a walk on the hill, and he could throw me some rocks? He likes throwing rocks. I like catching rocks. But I like the chicken more. I see my friend does not particularly like to touch the chicken, since it’s all slobbery and covered with wet dirt. Not my fault, though. Must be Domino’s. I hate that dog. He’s so busy all the time, and he snorts, which disgusts me. I try to ignore him but he’s all up in my face, licking me. One of these days I might change my soft snarl into a nip? But rather not; maybe then everyone will hate me. They try to keep Domino away from me, though, but he just keeps on bugging me. Even from a distance. Fanya keeps him on his toes, at least, showing him who has the authoritative power.

My friend is here, so nothing is going to bother me. I would not allow it. I will lie under the four-legged shade out on the veranda, with or without my chicken, the squeaky little darling, and I will lie in wait for him to pick it up and throw it somewhere so I could see the delight on his face when I fetch it. Sometimes I even manage to catch it while in the air. Then everyone praises me, which means I was good. I’m always good. Sometimes I can be naughty. Sometimes I don’t bring the chicken back to him, so he must pick it up where I left it. Keeps the game going.

I see my friend has taken the metal unlocker from the wall. The unlocker with the white ball on a silver rope. The one that, once inside the (must be the ‘locker’, then), opens it, and consequently opens the gate to the hill. He loves the hill. I adore the hill. I run all the time. Sometimes he would run after me, and he would throw rocks, so I could catch it and put it somewhere just outside his reach. Sometimes I would just look at him when he stares into the horizon, at the other houses and buildings. But I see he ignores those most of the time. The hills, on the farthest reaches if the distance between here and there, always seems so magnificent; over there where no building can be seen. Like him, I like the clean scenery too. Buildings are scars, no matter what the owner thinks.

He woke me up. I didn’t care. When they got home after their nightly excursions, my new friend came to me, put his arm around me, and hugged me. It felt good. I placed my head on his arm, as to let him know that I appreciate him. Although my bed is no place for my friend, it really is big enough for him to stretch to his complete length, which is the opposite of short. He fell asleep that way. I fell asleep. It was only later, when he began to shiver, that he left my side and slid under his own covers they’ve left for him on the couch. I like the couch, though I’m not allowed on it. It looks magnificent.

The next morning I was sulking. I placed my snout in his face, but he did not wake up yet. He sleeps like a wild bear, and the wet that dribbles from the side of his mouth is shiny. It’s interesting. I still sulked. By the time he woke up, I could see he felt a little sick. I did not know what they did last night, but that might be a plausible reason. Good! I’m still sulking. I was sad because they had to go. Domino was trashing my face again, and it felt like I could place a paw on his head and keep him there. I wanted to tell my good friend that I wanted to go with, but who would listen to a dog? Perhaps I will see him again some other time. At least he hugged me just before they went, and told me a secret, which made the chicken seem dull by comparison.

I was happy. He was happy – and sick. We’re all happy. 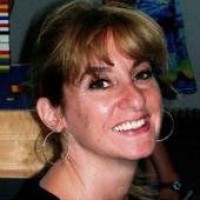 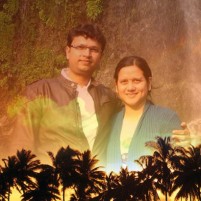 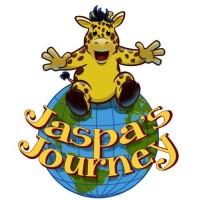 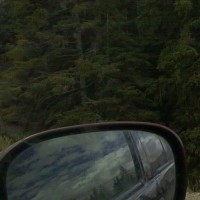 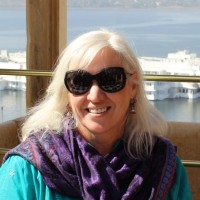 Tales of a lifetime

THE EDITOR'S JOURNAL
Creative Blog Mom
Perspectives on Life, the Universe and Everything

A NOMAD ON THE LOOSE

Art, poetry, spirit and anything else that interests me :-)

Wandering through life, finding fun things to see and do.

Q's werld a werld of introspection retrospectyion complication, yet simplicity overiding all so to see the reality is only but to lewk upon it with a gentle gaze. Unto Infinity and Beyond.

The Bottom of a Bottle

Trust me, I've been there, I've looked, I've searched and I know now, that there are no answers to be found in the bottom of a bottle or on the edge of a blade! Fighting Hard, Recovering, Rebuilding, REBORN. Moving on from addiction to a new life.

Love is like a friendship caught on fire. In the beginning a flame, very pretty, often hot and fierce, but still only light and flickering. As love grows older, our hearts mature and our love becomes as coals, deep-burning and unquenchable. -- Bruce Lee

The Wandering Poet
Espen Stenersrød- From Pen To Heart

Jack Kerouac with a scent of Henry Vaughn

“Everyone who is seriously involved in the pursuit of science becomes convinced that some spirit is manifest in the laws of the universe, one that is vastly superior to that of man.” - Albert Einstein

A Slice of Life

Taking life one slice at a time with Cindy Knapper

Welcome to the world of cats!

Reports from my somewhat unusual life

Teaching the art of composition for photography.